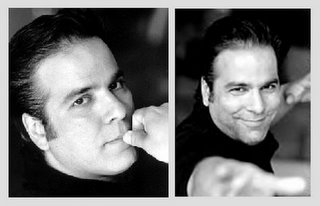 Recently, I had the chance to interview writer/inker Jimmy (Jonah Hex, Daughters of The Dragon, Painkiller Jane) Palmiotti. The interview can be found exclusively on my store's website, Big Monkey Comics. In it Jimmy speaks on his role in Marvel's late 90's financial and creative turnaround, his feelings on ex-Marvel exec Bill Jemas, speaks on the upcoming DC mini-series Crisis Aftermath: The Battle For Bludhaven and even finds the time to lay down hints about a couple of exciting new DC and Marvel projects.

This will be the first in what I hope to be many interviews and what better way to start than one of comics' hottest creators.

Also over at COMICBOOKRESOURCES.COM, Chuck Austen defends himself.

Comments:
The thing I love about the Chuck interview was he revealed the secret of his failures: he asked the fans what they wanted and gave it to them. Doh!

I dislike a lot of his work but his Exiles was pretty awesome. I don't understand why so many people hate him, save that anger for folks who really go out of the way to poop on comics.

I wasn't exactly sold on Palmiotti's response to your last question, so I brought it up with my friends in a chat (while playing devil's/Palmiotti's advocate). Here's our analysis (feel free to delete this if you don't like the length, Devon, as long as you read it at least):