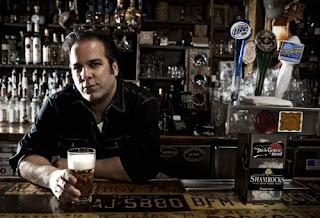 Comments:
I had no idea that Palmiotti was so influential. Definitely going to give this guy Twizzlers if I ever get a chance.

About the Joker and Harley, I think most people realized it was a horribly abusive relationship where any "love" (such as it was) was in one direction and doomed. But the question is, why even continue depicting that relationship in comics? Even if you're saying "DON'T do this", some few people are going to hear "don't DO THIS". So breaking up that relationship was the right move ... and when Harley and Ivy are done well, they're an endearing couple.

Maybe it's the Tumblr echo chamber I saw so many go down with crude drawn depictions of Harley and Joker that said things like, "Love is crazy" or some nonsense but there seemed to be a lot of folks who really missed the nuance of what Dini was doing.

I'm just glad this seems behind Harley and wanted to give Jimmy and Amanda credit for outright saying it was never healthy.