Hey, What're You Doing With That Tongue? 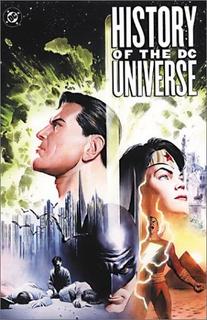 My Internet still isn't cracked! What Al Gore createth, JQ tries to crack in half. Well, maybe, it'll crack over the weekend with the announcements coming out of San Diego Comicon.

A few weeks ago while speaking to Scip of "The Absorbascon" fame, the following dawned on me: The DC Universe is very much like a complicated language. It sounds absolutely ridiculous to those listening in while we click our tongues and flail our arms about, expressing why this week's batch of glossy paper and vibrant inks meant something to us. To those who don't understand it, we MUST look and sound absolutely nuts.

The way I feel watching people speak a foreign language. I feel a little left out when I watch my friends speak in a foreign tongue. I feel left behind while they speak in a shared memory. I imagine this is how many feel as they walk into my shop. I wince as I hear people make jokes about Aquaman, wishing they see him as I see him. I think that if they knew him as the outcast dealing with the loss of his only son, his kingdom, his wife, while trying to bring hope and some kind of normalcy to thousands of displaced Americans, they might see him differently. I could try to change their opinion but their sounds make no sense to me.

They can't see why we see the utter nobility in a wounded man reaching out to a young boy in need. It's just a part of our lexicon. Because of this, we've allowed it to become so ingrained within us, we, maybe, take it all for granted. I speak the language everyday, keeping it alive within my store while kids mill about with Robin action figures in hand, not knowing how powerful the idea of "Batman & Robin" can be. I exchange this language with the same people everyday and as enlightened as we are, we don't pass on the little nuances, the clicks and flails, on to the next generation.

I never expect to truly master this beautiful, ever-changing "language" of The DCU in my lifetime. I do know that in order for it to be heard, it needs to be understood. As a retailer, I need to work on that.