I've been thinking about this long and hard and I've come to this conclusion....

That said, I've been thinking about doing this for a while now and I think the time is right.

The white tigers are getting bigger and have begun exploring the compound on their own, hunting on their own. Halle & Rosario are off doing whatever it is women do when I'm not with them and my concerns have turned elsewhere.

I'm doing them a bit of a disservice.

Specifically, by speaking of DC Comics, only.

Don't get me wrong, I love DC Comics but comics I absolutely adore.

I think I should simply talk about comics more. 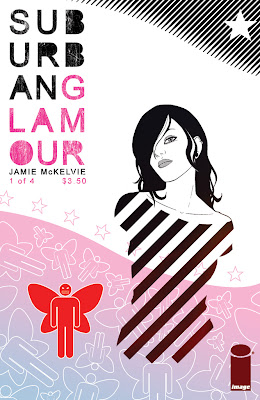 You all deserve be reading Scalped.

Immortal Iron Fist has everything I'm looking for in a comic: legacy, action and head-butting.

There's another comics newsmag, Comic Foundry, out there other than Wizard.
I like that. I'm looking forward to COMICS.

I want to talk more about GOOD comics. Good comics deserve to spoken of.

Does that mean this blog won't be "DC-centric" anymore. Not at all.

Just means this blog won't always be about "DC." Like, 1 percent of the time or whenever the mood strikes.

I just want to occasionally give myself the option is all.

I will continue to write about what I love. DC Comics.

I will write about what I adore. COMICS.

There're a lot of universes out there. Why limit oneself?

Comments:
I'm glad that you adore comics. All right-minded people do!

Great post! There is much more to comics than one group of super-heroes in one universe!

Happy to hear it!!

Scalped is a hell of a book. DMZ too!

You know, I was wondering if you might like comics... not sure what keyed me in on it.

Gray Horses by Hope Larson. One of the most ethereal dream like reads I've come across in a long time.

Though I had some affection for your old banner, don't think I haven't noticed the radness of your new one. Nice!

yes there are great comics outside the DC universe and there even are great comics in its competitor Marvel. But as someone on another blog posted, the DC universe is still magical. Its still over the top but still ours. In a weird corporate way, DC is still the same universe that made things seem bigger. I'll be glad to hear about books I don't read often or at all. But I have difficulty having as much fun with other company's comics as I do DC

Whats got me most excited now is the re-issuing of the old Valiant line starting with the Harbinger trade. Oh man, did I love that line of comics back in the day.

I know its only reprints and all but I can't wait. Here's to hoping that they get some new talent and spin some new tales with this lost gems of a universe.

I mean what male cahracter besides Magnus could kick so much ass in Go-go boots and a chain mail skirt. Hmmm...could he be half-Scottish?