The World Isn't Ready For A Captain America Movie... 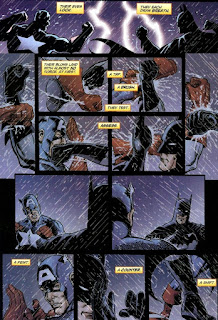 About a decade ago, I went to a talk at the Smithsonian where one of the producers of the Batman movies, loudly proclaimed the reason there'd never be a Captain America movie was because the world didn't want it.

It was deemed "too American."

This weekend it opened with the fifth largest box office in history and a 96 million dollar box office opening in China alone.

Three movies later and two Avengers flicks later and it's safe to say, he was wrong.

Comments:
Still, you've got to give him credit for, just this once, underestimating how much other countries are willing to embrace pro-American entertainment.

Though the movies do manage to depict a Captain America who is pretty hard to dislike, so maybe that's part of it? Cap is how America likes to see itself, and if the movies do well overseas, maybe it's because that's how other countries would like the US to behave. (Without getting too political, I think Obama has helped move us in that direction by leaps and bounds.)