Bill Finger, The Tesla Of Comics 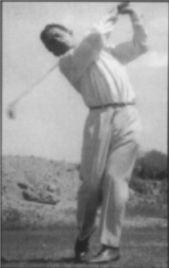 Have you ever heard of Bill Finger? If you haven't, you will.

Open any Batman comic and you'll find a little, usually yellow box somewhere on the first page. This box will always contain the words, "Batman Created by Bob Kane." The words are always there and why should it ever be disputed? They mean exactly what they say, right? "Batman, Created by Bob Kane?" That sounded about right to me.

With age comes sensibility, responsibility. I'd always wondered how one man could possibly have come up with such immortal characters: The Batman. Robin. Catwoman. Alfred. The Joker. Bruce Wayne.

Brilliant concepts and designs: Gotham City, the look of Batman. With age comes sensibility, responsibility. I'd heard stories. Stories I'd heard as a teenager, whispered and shot down about how someone else other than Bob Kane had created Batman. Why should I have listened to the stories? It said it right there in the comics.

Numerous events in my life have turned me into a good listener. I'll never forget the day that it all unfolded before me. The day I learned one of my idols, Bob Kane, hadn't truly created Batman, at all. With age comes sensibility, responsibility. It always hurt me that Bob Kane never quite realized this and left Bill Finger behind.

DC Comics, steeping in the success of their newly launched superhero, Superman, wanted more superheroes. For that they turned to Bob Kane. Kane delivered "Birdman." Frequent Kane collaborator, Bill Finger suggested they take out the red sections of the costume, replacing the Robin-like domino mask with a cowl, replaced Birdman's wings with a scalloped cape and finally in a stroke of genius renaming him: The Batman. 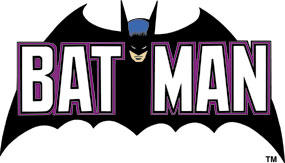 Needless to say, The Batman was a hit. When DC felt Batman, the comic and as a character, were becoming too dark, they suggested a teen sidekick. Enter Finger again with the character, Robin. Finger went on to give names to things Kane hadn't bothered to name. The Batmobile. Bruce Wayne. The contextualizing city, Gotham. He envisioned Batman and Robin leaping across giant props such as typewriters. He named The Batcave where Batman and Robin would reside alongside a giant penny.

Why hadn't I ever heard of this man, this genius, Bill Finger? I'd heard of Kane. Somehow, Nikola Tesla came to mind and then it all made sense. Where Finger was something of a genius, Tesla was genius, inventing alternating current, the radio, inventions we use to this day. Tesla's work was often overshadowed and decried and often stolen by the inventor and self-publicist, Thomas Edison. I now know the savvy create their own histories.

Finger, initially, was happy being an idea man. Kane, all too happily, signed a contract that would continuously draw him money and a mandatory notation as the "creator" of Batman. Finger received nothing but his work-for-hire paychecks. Bill Finger was, I'm sure, one of many in the comic book world to have been "Finger-ed." That is why today, whenever I see that little lying yellow box, it barely registers. I now know the truth. With age comes sensibility, responsibility. The truth is all that matters to me. Bob Kane DID NOT create The Batman and Bill Finger died without the credits he deserved. He died not knowing he was an inspiration to many. It is a shame he was never given the chance to know.

Comments:
Have you read Julius Schwartz's biography 'Man of Two Worlds'? There's a Bob Kane story in there which shows how sad the whole situation was. It isn't just Bill Finger who got shafted -- Dick Sprang, Shelly Moldoff, Curt Swan and a host of other artists all had to let Kane sign his name to their work.

No but I'll definitely be on the lookout for it now.

You know for somebody who tries to send DC characters he doesn't like to the Marvel universe, you sure get a lot of mileage out of Uncle Ben's words of wisdom.

Seems to be a bit of difference there.

Bill Finger, an unsung hero. It's so sad. Did you know that DC changed their policy sometime around in 1975 agreeing to give credit to people caught in such a situation? Here's the punchline, though. Finger had passed away just the year before that...