What's not to love about the guy?

He invents televisions that broadcast the future.

Out of boredom, he invents robots that infiltrate Justice Leagues.

His name is the coolest in comics. 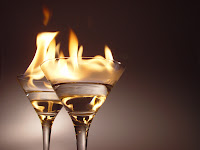 He sips cocktails to let you know how little he cares for your impending doom.

While the world's best minds cowered like mice after being targeted by a freshly-returned-from-genocide Black Adam, this man almost single-handedly defeated the World's Deadliest Mortal.

How did he do this?

The man's frickin' superpower is science. 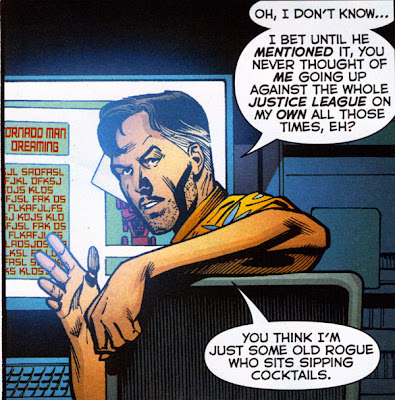 Where T.O. Morrow is Tesla, Lex Luthor is Edison, conquering the world through practical application.

If he has to steal that innovation, well....

Luthor's greatest strength is his conviction.

Lex Luthor realizes the world needs heroes. In Luthor's world, heroes don't fly into burning buildings on flying carpets. No, heroes are made so through LexCorp innovation. Your children DESERVE to be saved by men wearing LexCorp designed jetpacks.

This is the world Luthor envisions when he closes his eyes. A world embracing innovation, shunning the alien.

Remember this man has seen Kandor.

He knows that through science and cunning, he can make this and any other world fit in the palm of his very human hand. 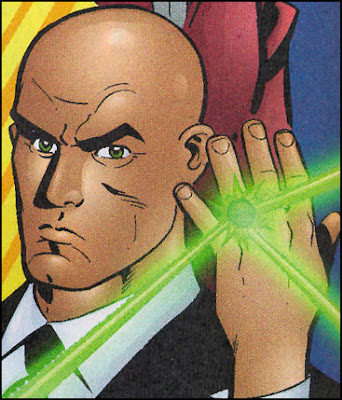 He's, in my opinion, the second smartest man alive.

He is simply, a man of disciplines.

He has created technology that renders him invisible to all machines.

He's created venerated technology that has been co-opted by The Batman.

He was man enough to be proud of the accomplishment.

When the same Batman needed someone to help take out one of his own co-opted inventions, he called upon him.

A former JSA chairman and current head of Checkmate, he is almost always "the best man for the job." 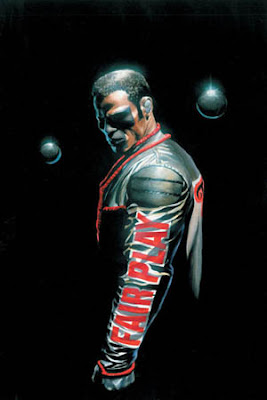 3. MR. TERRIFIC
What CAN'T you say about the man?

Before a term for it even existed, he was the world's greatest criminal profiler.

He has contingency plans to destroy The Justice League, should it ever come to that.

A brilliant futurist, from his mind sprung cars modeled on bats and powered by rocket fuel.

He keeps a secret headquarters on a distant planet, you know, just... because. 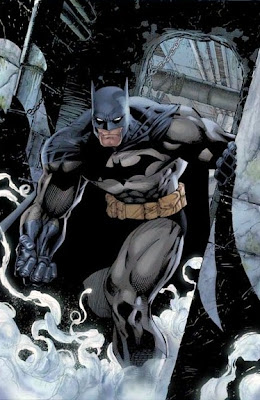 2. BATMAN
The smartest thing one can do in this life is decide to live.

Live knowing that life is about adapting.

She was a librarian and gymnast with Olympic-level ability.

Those few who knew of her other life thought of her as nothing other than a youthful sidekick.

It took a bullet to prove them wrong.

In The DC Universe, no one is more powerful.

Possessing a genius intellect, photographic memory and unparalleled knowledge of computers, she re-invented herself as the DCU's information broker Oracle.

She's put herself in a position where Batman comes to her.

A great leader, she realizes that it is of vital import to surround herself with the best. Her greatest asset is her ability to take those at a crossroads and show them a new way.

Whether it's a Black Canary fresh from a break-up with an "ex," a Huntress newly cast out from The Justice League and The Bat-Family or giving a home to Lady Blackhawk some 60 years removed from the ones she considered family, Oracle has learned that there is strength in making others stronger.

Seeing potential in everything and nearly everyone.

That, in my opinion, makes Oracle the smartest person in The DC Universe. 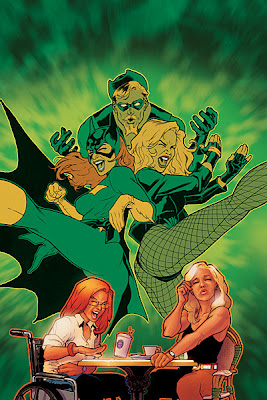 Comments:
Not to brag, but as soon as I saw who was #3, I figured out Oracle would be #1. And I think your list is dead on. Great post.

hmm...ya' know, your comment about Batman makes me wonder if he even has a back up plan to destroy the Justice Society if he had to...

Hm. Is this smartest living people? Because Ted Kord should probably be in there somewhere.

"In The DCU" usually intimates alive...

I would not have picked Babs Gordon as the smartest person in the DC Universe, but as the legends all record, thou errest not. You have made me a believer.

Only thing I would challenge is that Thomas Oscar Morrow has a cool name ... the second lamest origins consist of, "Ever since I was a child my name of Samuel Howard Ovethingsupmyass suggested a criminal motif to me." (The absolute lamest origin is, "On my home planet, everyone can shove large objects up their asses.")

Where's Dr Sivana in all of this? He goes up against people with the power of the gods. I love that part in 52 when everyone else is crapping their pants, and he exclaims "At last, the Black Marvel, at my mercy!"

Okay, DC's smartest is out of the way. Any chance of you choosing the top 6 smartest people in the Marvel Universe? After all,w e already know who the seventh smartest is.

(oh, and someone should be forced to write some sort of a fantasy e[ic but use the word verification jumbles as their characters names. Mine would be Zwriypec The Ungody, Barbarian For Hire)

(oops, I messed up I also have the comely Lawsvdnq, the King's daughter now)

(I really need to get more sleep)

I chose to only do five.

If there were 10, Sivana definitely would have been on the list.

Maybe somewhere between 7 and 9.

Your inclusion of T.O. Morrow delights me.

One of these days I gotta get at tutorial on Mr. Terrific. On JLU he just seemed to be doing J'onns' job in the watchtower sometimes, and I haven't really seen him doing anything in JSA yet.

I also think we need to paint a big T on Ulysses face and make him wear a black leather jacket.

Damn, no Tenzil! I guess he too is "simply clever." (Wally West's an amazing problem-solver too: I would hope he'd make the top ten)

The six smartest Marvel characters? Here's my picks in no particular order:

No Brainiac 5? Seriously? That does not compute.

Except Batman.
He, to use the local vernacular, PWNED Braniac 5.

Reed Richards even admits the guy outdoes him at some genius things!
And he hasn't had a robot he built try to genocide humanity and do his wife either. If not in the top six, he's in the top ten.

Babs is one of my favorite characters in all of comicdom, but I'm not quite sure I agree with her ranking. Babs is well-informed and well-connected, but I don't think she's the smartest person in the universe. She knows where to FIND information, she doesn't just naturally know the information. She's not a brain surgeon like Mr Terrific or a rocket scientist. She's not the world's greatest detective. She's the world's greatest librarian.

I do not think that Barbara should be at the top. Maybe she could be 5th and give the fourth to Morrow. But first should definitely be Lex Luthor. I mean look what he's done. Fooled America and become president, making an artificial metagene to give everyone superpowers, controlling a kryptonian tech, orchestrating international thefts of kryptonite,etc.

Babs DEFINITELY deserves the top spot. She can lead her field operatives expertly out of any situation. She can still kick butt,even in her wheelchair.She defeated Brainiac with her MIND, for crying out loud!(She also made a fool of Savant and the Calculator, but that's a different story)Every time something bad happens to her, she comes back 10 times stronger. And if any of you has ever seen the TV series of the Birds of Prey, you'd understand why she deserves to be #1.

I have to disagree. I feel that Deathstroke should be somewhere on this list (I would even say numbers one or two). After all, this is the man that PREDICTED where the Flash was going to strike, and managed to run his sword through Wally West. Just saying. I can't think of anyone else who has come CLOSE to that.

"Every child need to be respected, if you looking for his/her respect. If you want child became a self-confident we need to behave with him/her like an adult. Otherwise we'll have some challenges.
Try to spent more time at home with children and you'll notice how their behave is change. If you give www.essaykings.me to do your job, you'll find a lot of time for family. I know, I have done suc thing, and I'm happy now."