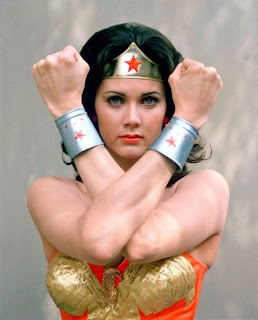 "If I let my child out into this world, will they be safe?"

This is the thought that runs through the mind of every good parent. This is the same thought running through Queen Hippolyta’s mind at any given moment and Wonder Woman, as a daughter, knows this. Diana, unlike her comrades-in-arms Batman and Superman, was born not out of sacrifice but of a mother’s desire to love.

Diana was raised in an Amazonian society where everyone was taught to respect the uniqueness of the individual. Like her Amazonian sisters, she was blessed with immortality. As Diana, she was born the last of the Amazons. As Diana, she knows having family is also a blessing. As someone blessed with immortality, she’s come to respect and understand the short, mercurial nature of the human life. Wonder Woman, herself a stranger in a strange land, as she probably sees it, there is no better way to honor human life than her to do so with dignity.

As swiftly as the power of Mercury makes things possible.

As efficiently as the wisdom of Athena will allow.

In her protecting the lives of others, there is no greater show of love and respect to the lessons taught her by her mother.

Wonder Woman is what most heroes strive to be. Their mother’s child, strong, proud and assured, ultimately making her the most human of heroes.

Wonder Woman is "us," out there. Out there making the best of a world we don't wholly understand, applying the lessons handed down, good or bad.

Lately, I find it much, much harder to give my time and money to "genius" teenagers who clumsily walk headfirst into unshielded radioactive danger. Sure, characters of that kind will always occupy the avenues of my heart zoned and named "Mainly" and "Nostalgia," but these days, I need my heroes to be something more than the by-products of radioactive ignorance. I need for them to be heroes in the truest sense of the word. As a grown man, I need them to be brave, strong, and self-reliant.

In writing that last line, I’ve come to realize that the majority of comic book characters should act more like Wonder Woman.

Thirty-plus years ago, I saw dignity take form in satin.

Today, I believe I’ve been made a better man for it. 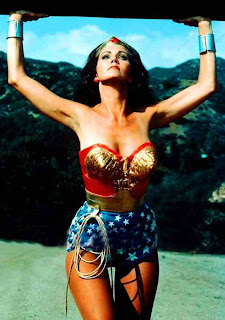 To be a Black man in this world is to know that with almost every new room you walk into, you will be upon sight sized up, scrutinized and possibly underestimated. I can’t say for certain but I have always imagined this to be a bit of what it is to be a woman.

Wonder Woman is the voice of the underestimated.

Wonder Woman, with every new room she walks into, imparts upon those around her the greatest of gifts: the understanding of dignity. In that, she stands apart from her super-hero brethren.

This character was decidedly born of wonder. In that, she is made unique. She came to, as she called it, "Patriarch’s World" (The United States) fully realized. With a mission. The world had need and Diana answered its call. How could she have done otherwise? She was the absolute of the gods, the greatest of their gifts.

With her ability to wrestle super-powered despots with her bare hands in fields of battle, the world bestowed upon her a new title, one she was who could practically lay claim to godhood, surely never would have chosen for herself. That name became her. She became the name. She became Wonder Woman.

Later on, in the field of government, as Themyscira’s sole ambassador and by utilizing Athena’s gift of wisdom, she would come to wrestle down despots through the conviction found in her words and manner. She became a champion of just causes, giving voice to those who’d had theirs quieted. In doing so, she further proved the name of Wonder Woman, to be one well-deserved.

With the power of the gods her birthright, a wonderful by-product emerged. In her choice of mission, she discovered her greatest ability: compassion.

And that I think is the key to understanding Wonder Woman. She, as a character and as an icon, in a philosophical or physical fight, would probably be the first name to leap, alliteratively, from the mouths of the heroic inhabitants of the DC Comics Universe as the one person most would want on their side in a time of crisis. In battle, you simply need someone who cares. A diplomat willing to find common ground with the opposition. A warrior brave enough to fire the first warning shot. A leader brave enough to back up their play with force, if necessary. Someone not entirely willing to bow simply to the idea of acceptable losses. You need someone willing to want to beat the odds, no matter how grave. Someone who wants everyone who stands at her side to return home to the ones who care for them most. If Wonder Woman should have to crush her enemy beneath her boot heel in order to accomplish this feat... those are the only losses she’s willing to accept.

Her track record doesn’t lie. Many the comics panel has been drawn where in the aftermath of battle, one character stands, head held high, alone and triumphant amongst the ruins of the defeated. Just as surely as Superman bursting out of chains has become comic book iconography. Just as sure as a horned silhouette has become symbolic with Batman, Princess Diana battered yet unbroken and presented as the last (wo)man standing, over the years, has become her very own comic book iconography.

Like any true hero, she strives to make things better. Unlike other heroes, Wonder Woman does not wait for things to get worse. 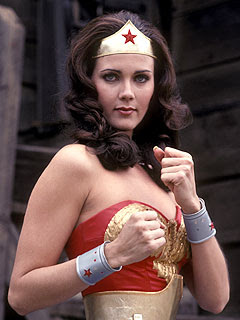 Full disclosure: I’ve been reading comics for over thirty years now, through the "up" times of the early 90's speculator boom and the "down" times, where comics are always seemingly on their last legs (which someone in the mainstream media proclaims like, every other year or so) and someone is always asking, "Where is our newest Watchmen?"

Personally, I think the better question to ask should be, "Where can I find more of the moral ambiguity in the comics of my angry youth?" Don’t get it twisted, I love and admire The Watchmen mainly for the spotlight it’s shone on the "super-hero." Yes, The Watchmen certainly had and still has something to say about the time in which it was made. But ultimately, its heroes lack something fundamental to the super-hero aesthetic. In the end (and The Watchmen did have an end), these characters took looked upon themselves and realized their greatest sin.

They failed to inspire.

Therein lies the victory of Wonder Woman. Though a warrior, Wonder Woman has no battle cry. When the mission foremost in your mind is to uplift, compel, and inspire, one needs not cry out in battle. Instead, if she must. she cries out for those who cannot. She will stand for dignity.

In Gotham City, a child had to kneel in a pool of his parents’ blood in order to find a purpose. This child would eventually become one with the night, becoming a Dark Knight, the Batman. Years before, a rocket, carrying an infant, slammed into a Kansas cornfield and all anyone could do was hope for the best. That child would later become the greatest of all heroes, a man of steel. He would become Superman. On the fictional Greek island of Themyscira, home to the Amazons, Wonder Woman’s mother, Queen Hippolyta prayed to the Greek gods of old and received one of their greatest gifts, a daughter. Where other heroes lives were born of death, this princess’ was born of life. She was later named Diana, after the goddess of the moon and hunt. This child had the blessing of swiftness bestowed upon her by the god Mercury. She was blessed with a loving heart by Aphrodite. By Athena she was blessed with wisdom. Above all, this was the greatest of her gifts. One, ultimately, defining her in ways lifting a tank over her head never could.

True, I will never know the thrill of holding a tank over my head, yet I still can identify with this character.

I will probably never inherit a vast fortune in order to wage a one-man war on crime.

I have never crash landed in a Kansas cornfield, surviving it in order to discover I have powers beneficial to mankind.

I can identify with Wonder Woman more than any other superhero for two simple reasons.