Writer Greg Rucka and artist Cully Hamner reunite with CONVERGENCE: THE QUESTION #1 and I'm all over it at Bleeding Cool...

I began this blog ten years ago today. 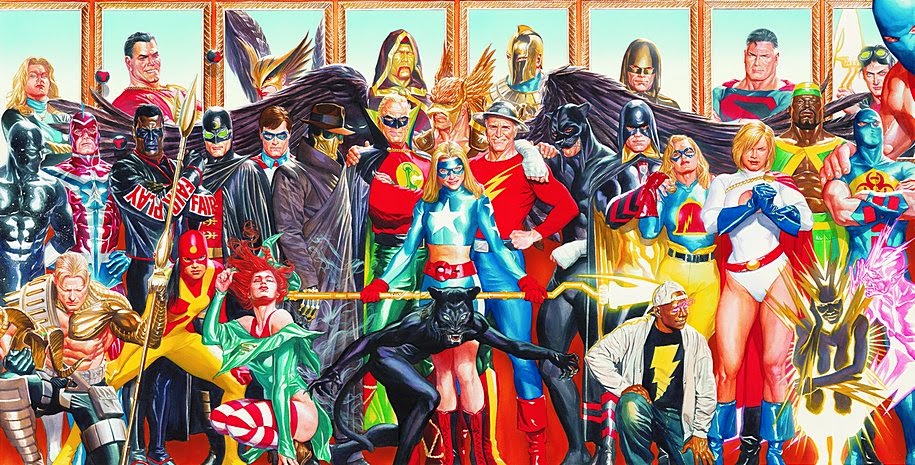 In those ten years so much has happened. So much. A lot of heartache. A lot of learning about this world and where I want and should stand in it. Today, I find myself in a place where I was found.

This day, I find myself waking up early and writing a review on DC Comics' Convergence: The Question #1 for the comics and entertainment website, Bleeding Cool.and feeling quite happy to have been given the chance to re-visit something I'd had a profound fondness for. I'll throw a link up here when it posts to Bleeding Cool.

"Seven Hells!" began life as a blog devoted to all things DC Comics. The ridiculousness of it all. The legacy, Yesterday, the New York offices of DC Comics closed for the last time. These halls, through their many incarnations hosted the likes of Jack Kirby, Bill Finger, Curt Swan, Jim Aparo, Gil Kane, Joe Simon, Neil Gaiman, Alan Moore, Grant Morrison, Paul Levitz, George Perez, Bob Haney, Jim Lee and more. The whole of DC is moving but the soul will always be in New York.

It became a place that in many ways, saved me and I'll be forever grateful to it and the readers who commented and more.

Yesterday, not knowing, I came back to this blog and discovered that I was one day out from a 10 year anniversary.

Ten years ago, I started this blog barely knowing what the word "blog" meant. I knew I had a lot to say about comics and specifically DC Comics but simply did not know how to go about it.

I was shown a way and took it from there. In that time, I wrote many things that I think still hold up and many things that show that I was still learning. I stand by it all. Seven years ago, I shuttered this blog knowing that I'd accomplished everything I'd set out to do. I became a better writer. I learned how to provide content. I learned what works for me and what doesn't.

Sadly, I learned that after three years, "Seven Hells!" as a blog, no longer worked for me. The day I shut it down wasn't a hard one. It was what happened. It was what I'd needed to happen.

Today, on its tenth anniversary, I look at "Seven Hells!" and it feels a bit more comforting. Like a friend that maybe, just maybe, you can start a conversation with again.

There are things about the DC Universe that need holding up to the light.

No promises, no sschedules but I will say this... I wouldn't hate firing up this blog again and seeing where it takes me.

Thanks for reading,
Devon Sanders