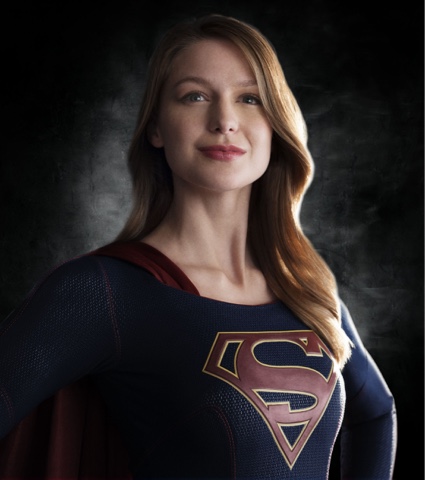 Watched the pilot episode of CBS' New Supergirl series and I was thoroughly charmed.
In the opening, we get the obligatory rocket launches and over explanation of events that lead to her and her cousin's arrival on Earth and from there we go into a young Krypyonian girl who's fully assimilated to everything this Earth has to offer.
Melissa Benoist is absolutely charming as Supergirl. With one episode, she's done for Supergirl what Robert Downey Jr. did for Iron Man. She embues Supergirl with a light that in other hands could come off as naïveté but in her portrayal it plays as absolute sincerity.
Other things I truly liked were that she lives in the fictional National City; fictional cities are key to my DC universe experience. I'm glad Supergirl gets her own as many great DC Comics character have. The thing I find interesting is that, nowadays, if you want to find the truest version of a DC comics hero, you have to turn on the television. Supergirl is the truest of heroes.
More fun was had in Kara's very own Lo(u)is Lane, Winn Schott, a name that longtime Superman fans know comes with its share of legacy and trouble.
Jimmy... excuse me, James Olsen is front and center. A recent transplant from Metropolis, he finds himself at the event horizon of another once in a lifetime phenomenon.
The thing that I found the most interesting is that Kara Danvers AKA Kara Zor-El is perfectly grounded in so many ways. Her original mission was to watch over her baby cousin upon their arrival to Earth. En route, she's inexplicably diverted to The Phantom Zone and years later, transported to Earth.
The thing of it is is that we're never told HOW she was transported or why. What I'm most excited about is the possibility of finding out what years in the Phantom Zone could have done to Kara.
Hopefully, this is something that will be explored in future episodes.
Supergirl is off to a great start and I'm honestly hopeful about where this series can go. It seems to know the depth of its source material and more importantly, the care fans have for Supergirl.

The image has nothing to do with anything other than my future father/son goals.

That said, I don't know why I hadn't done this sooner but if you want more of me in your life (and why wouldn't you), you can find me on Twitter at, amazingly, @devonsanders.