A Thought On Batman v Superman

Allow me to tell you what I disliked so much about Batman v Superman:

It was two and a half of hours of relentless cynicism. More important to what I'm trying to explain was that BvS is a movie co-featuring Superman where the principal creatives guiding him seem to hate him.

When Superman appears on screen, the first thing you should ever feel is relief.

Relief that things are going to get better.

Not dread.  You should not be met by a man who meets threats with threats. Superman does not break people. Superman doesn't allow you to live. He lifts us up.

His mission is to show humanity the greatness contained within.

This was not Superman. This was a man so unsure of himself that he keeps, just KEEPS hiding himself away. After threatening to break humanity.

This was a man who just never seems able to find a better way.

This was something I was relieved to see put out of its misery. 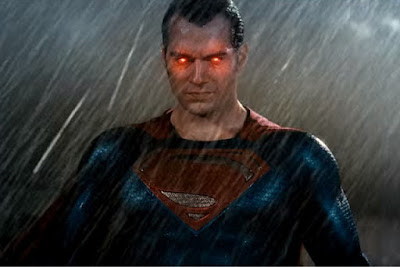 One of the things DC Comics has been doing right is its fairly aggressive re-releasing of fan favorite but oddly formerly-out-of-print trade paperback collections.
For the longest time, I'd tell people of 52, the one time DC Comics got four of comics' biggest names, Mark Waid, Grant Morrison, Greg Rucka and Geoff Johns, together to tell a weekly story of how the DC Universe reacts to a world without Superman, Batman and Wonder Woman. I'd tell folks how incredible not only the story was but how you'd most likely never see writers of that caliber writing together towards one goal on one project.
And couldn't really show anyone because DC had allowed so much of 52 to go out of print.

As I get older, I find myself wanting to carry less through life. Months ago, I found myself switching mainly to trade paperbacks. For whatever reason, I feel less ownership over a trade. Now, don't get me wrong, no one will clutch their beloved comics runs to their breast faster than I but do I really need to carry nearly 100 issues of The Flash with me into the 21st century?

Naaaah...
As much as I enjoyed buying the comic and bringing it home and reading it, today, I find myself more grateful for just having had the experience of having read the comic. It's just the best thing. The hope of that a comic's final page will leave you not ready to wait for another month. Today, I find myself wanting to share that feeling so, over the years, I've sold bits off and given chunks away in the hopes that someone else will find joy within the seemingly infinite borders of a comics page.
Of course there's digital but guess what, the digital platform doesn't truly allow for sharing. So, in order to share, analog is, for me, the only way to go.

Years ago, nothing brought me more joy than reading writer Chuck Dixon's Nightwing, Birds of Prey and Robin runs. There was a grit to these adventures that you could not find anywhere else and I ate it up. Month in, month out, DC Comics won my dollar, word balloon by word balloon and panel by panel. Over the years, as much as I loved those comics, I couldn't bring myself to crack open the long boxes and dig them out again. Love has its limits.

Thanks, to DC's trade paperback re-releases, I can access these memories easily. In the coming months, I'll be able to get my hands on Legends, the book that singlehandedly made me a DC Comics fan. In those pages, I saw Guy Gardner for the first time. Wally West saw action as The Flash for the first time in the pages of Legends and later, became my Flash. The Justice League became a thing again in those pages. The Suicide Squad was re-introduced and made into something decidedly more sinister within Legends.

Within those pages, for good or for bad, Darkseid was being positioned as the biggest of the bad within The DC Universe and I loved every second of it.

The past few month have seen me pick up these books and remember why I call myself a comics fan. The backlist is a virtual time machine allowing me to revisit the places that brought me joy.

As bad as it may be, I look forward to going to the comics shop tomorrow and picking up the first volume of Dan Jurgens' Justice League run in trade.

Please believe that I know it may not be in any way as good as it was when I read it with fresh eyes over twenty years ago but I'm going to have the chance to find out again.

So, yeah, bring on 52 in trade paperback again so I don't have to break out 52 single issues again. 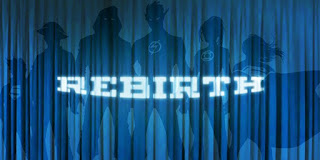