I can find parallels in everything. It's a gift...and my curse.

One of the games we play at work is The Beyond Comics Casting Game. Which actor can bring about the intensity of Devon Sanders. Maybe a young Mekhi Phifer.

Now if you ask me who I would cast using the best of hip-hop, past and present, to portray Batman's Rogues Gallery.... 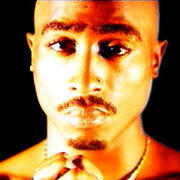 Tupac Shakur as Two-Face: Tupac, like Harvey Dent was a handsome man with an acute sense of how the law works. Tupac much like Two-Face possessed two sides, one side possessing a silver-tongue he used to uplift his community, the other side was used to self-destructive behavior. Much like Dent, we wish he could have saved himself from himself.

The Notorious B.I.G as The Penguin: Big, much like The Pengun, realized you didn't have to be the prettiest dude in order to get love from the streets. You simply have to be talented, supply the people with what they want. No matter how "Dead Wrong" it may be. If you're real, the streets will feel and elevate you. 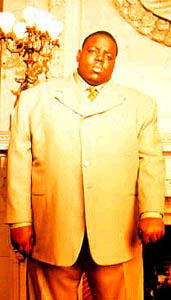 L'il Kim as Catwoman: Much like Catwoman, Kimmy has a taste for the finer things. A woman wants what she wants. 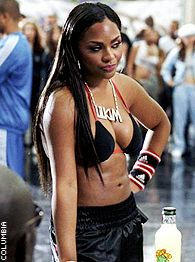 Snoop Dogg as The Joker: Just look at him how could he not be The Joker. Don't let the bright suits and laconic nature fool you, Snoop's gangsta. Straight gangsta. Blink and the last thing you'll feel is your heart dropping out of your chest. The last you'll see is "Slim with the tilted grin." (An actual Snoop line.)

Jay-Z as The Riddler: Using complex clues and numerous aliases, this man lays down a "blueprint" for changing the game either on his own turf or through guest appearances (Green Arrow, anyone?) Jay, like the Riddler, built alliances, quietly consolidating power, holding the world in the palm of his hands. All done while wearing a tailored suit, without firing one shot. (See "Hush")

Jay just may be the smartest "Rogue" in the game. 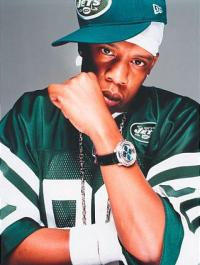 Comments:
That's nothing short of brilliant!

May I assume, then, that

Eminem can be Killer Croc.

You really want that movie, don't you.

I got a good one.

I hate to pick on an ancient post, but I'm reading your archives from beginning to end right now. I think the line is actually "Slim with the tilted brim."

Joker wears a hat, too. Works either way for me.