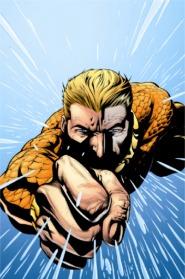 Oh, God! I just may have developed my first man-crush. While posting comments at "The Absorbascon" for who should portray Aquaman in "Vibe: The Movie, Meng" I suggested Jason Lewis "Sex And The City."

I later did a IMDB search for pictures and...and... 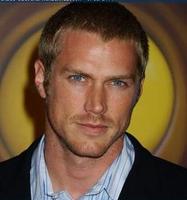 Heterosexuality and pride, be damned.

I'm sorry but that's one ruggedly pretty man. He seems to come with his own aura.

My point is that Aquaman should have that effect on everyone. That is the effect a KING has on people, male and female.

Anyways, after a had sex with 90 women, I later saw that he's tentatively schedule to play He-Man in a live-action "Masters of The Universe" movie.

Dude, you wanna play a hero? Don't waste your time with He-Man. Play one with a history as father, husband and all-around ass-kicker. Trust me, son, the ladies swoon for Aquaman. Ask any woman who's ever seen the "Super Friends" cartoon series They love the guy!. Go to your agent and ask if there's an Aquaman movie being made. If there is, it has your name on it.

Jason Lewis, you are "our" Aquaman. You just don't know it yet.

Comments:
He's got the bod.

He's got the jaw.

He played a dumb but sincere piece of beef on Sex and the City.

Might be interesting to take a screengrab from SatC, a tight shot of him trying to muster some kind of remotely believable physical attraction to Kim Cattrall, and photoshop it into a blue background.

It'd look like he was summoning a school of monkfish.

I went to watch the movie at viagra online cinema with my girlfriend. Even though we had an enormous speculation for this movie, it was a complete disillusion, specially the effects. Apart, the sequence was no so good.