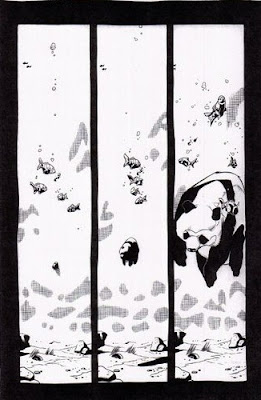 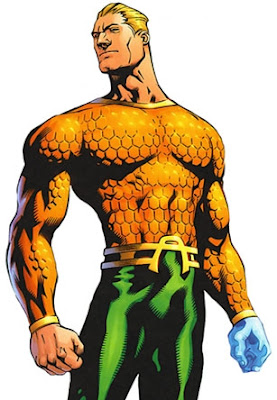 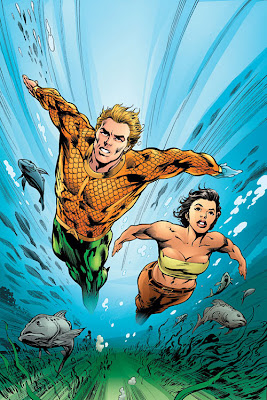 With tragedy... only minus the brilliance of a floating panda .

The Pfeiffer/Arcudi run of Aquaman was probably my favorite since that cool four-issue mini in the 80s where Aquaman wore the blue outfit.

Sub Diego was a GREAT idea, and I think it even could have played an interesting role in the Sword of Aquaman series had Busiek and/or Williams had the opportunity to do much with it.

I'm not quite sure why the concept was mostly undone, to be honest.

Sub Diego was the reason I tried an Aquaman comic, and I loved it. A real shame the one year later thing had to happen, just as we had an interesting "Black Manta as politician" thing building, which suddenly had to be abruptly wrapped up.

I enjoyed Sub Diego too. The Alan Davis covers added yet more greatness to a fun read.

A shame that it's gone…

AN awesome idea, that in a single stroke solved the 'Man of Two Worlds' dilemma, of characters like Aquaman.

But I also think you pointed one it's dangers in the phrase :"...suddenly beset with drugs."

In other worlds, instead of rising to the challenge of such an awesome imaginative concept, they could, and sometimes did, use it as an opportunity to lower the book to their unimaginative level. Aquaman fighting drug dealers in an alley. That just sucks.

At least the "Black Manta as Mayor" ended well.