It's Tuesday, so you know what that means! It's time for... 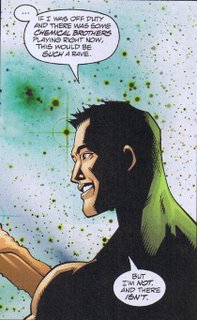 Seeing as how there isn't, I guess you'll have to go about the mission, huh, Kyle?

I hope a white buffalo pees on him.

As usual, Kyle Rayner, Adult is brought to you by... 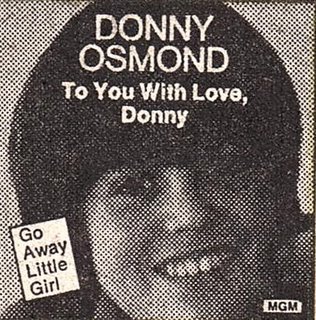 Special thanks to James Rambo for pointing out the picture.

Comments:
This made me hate everyone ever.

Winnick? Winnick will always sacrifice a character's inner logic in favor of a "funny joke" or the next step in the Winnick LGBT-AIDS Awareness machine.

I am a fan of both funny jokes and AIDS awareness, but I'd rather the characters act in accordance with their personalities and histories.

I used to think I wanted a boyfriend like Kyle.

I'd never had anything else!

Joe Kelley wrote that in JLA,

I've maintained for a while that the writers who have been scripting Kyle secretly dislike him, or through editorial mandate had to portray him so negatively since he first appeared. I don't think it is coincidence that he is always written as a freaking self-centered idiot.

What is the context?

Dude, you even deleted the issue number.

You are what's called a dirty whore.

Your reticence to provide me with the proper information leads me to believe that you are once more taking good Mr. Rayner out of context, and are therefor thieving from the children of the world who could use a good role model like Kyle, when they are faced with a situation only their power ring and their imagination can get them out of.

I AM DRUNK! SO IF ANYTHING I WROTE COMES OFF AS WEIRD, I BLAME IT ON MY ADVENTUROUS PALATE, MY LOVE FOR TEQUILA, AND THE AVAILABILIY OF A POMEGRANATE MARGARITA.

Man, who has to be told that's Joe Kelly dialogue?

Kelly's the guy who revealed Clark Kent's real secret is that he's a Metallica fan (favorite album? "Justice for All.")

Besides, how it is out of character? Kyle got his ring leaving a rave to get some air before he puked. This line is like Hal saying "I'd rather be flying" or "I'd rather be BONK OW ungh."