All-Out Living with The Viking Commando 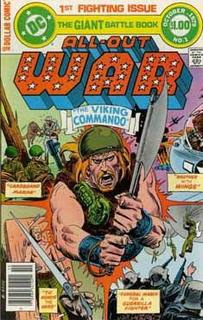 Treat them as I would the enemy, The Hun.

Put each in a catapult.

If one survives, that is the one you're meant to be with. 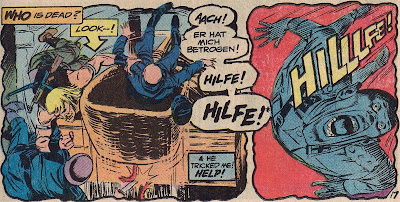 I can identify with your dilemma. I, too, once showed mercy . To a young Cimmerian slave boy. I gave him the day off and he never came back. In the ultimate bit of irony, he later slew my entire village. What can you do?

The approval of one's peers has become increasingly more important in today's world. I have no use for it, personally. I am without peer. I am simply the epitome of what a Viking Commando can and should be.

What you must do is defeat this woman in battle and make her yours and let her never again mistake mercy for weakness. Should this fail... flowers.

As for Barry, cut out his tongue.

May I ask you a question?

Do magnets prevent you from letting it go?

This is a hard question for me to answer. When it is quiet, I question the necessity of my very being. I am a Viking Commando. I will always be a Viking. Yet, if there were no wars, there would be no reason for my being a commando. Thus, war is necessary.

Dear Viking Commando,
I don't want to hurt anyone's feelings or name names, but sometimes when I read a comic I'm pretty sure I could do a better job than whatever retarded chimpanzee is 'editing' the book. I'm not sure if that's mere bravado on my part, or if most of today's editors are lazy, weak-willed, or both. My question is, how do I make a kickass battleax like yours?

This reminds of a story:

Once Loki, the Prince of Lies and Mischief, visited my village upon hearing of a girl who had never laughed in her whole life. Loki came to her and nothing he did made the young girl smile, much less, laugh. Loki, at the end of his rope, spotted a goat. Loki proceeded to drop his pants and took up a length of rope, tying one end to the goat, the other to his testicles. With a crooked grin upon his already twisted face, Loki winked at the girl and slapped the goat's hindquarters. The goat took off, dragging the young prince's testicles behind him. Laughter roared throughout the village!

Bloodied and spent, The Lord of Lies untied himself from the goat and made his through the masses. In the middle of all, stood the little girl, laughing just as hard and as hysterically as anyone. His job done, Loki Odinson, bowed deep at the waist and left knowing he'd brought laughter to a place where there was none before.

.....what was your question again?

The taking up of an axe, as you know, is a Norseman's right, not a privilege. Somehow, our fellow Norsemen have abandoned this most sacred of acts, choosing instead, to focus on things such as socialized healthcare and equal opportunity.

In my time, "equal opportunity" meant everyone had just as many chances of an axe to the head as the next . I miss those times.

Alas, we cannot kill everyone or else there would be no one left to clutch at our tunics, begging for mercy. Which you and I know both is what being a Viking is truly, truly all about.

They are the ones who hide in darkness, waiting to slay you in your sleep? Where is the glory in killing and silently slipping into the night? No, the Viking way is best. It allows one's enemy to, in their last moments, look upon you and know they are about to die at the hands of a true man. The look on your enemy's face, alone, makes it all worthwhile. Until you know this feeling of pride in one's vocation, never again speak to me of this... ninja.

I would pray for your ninja but you will find no "ninja" in Valhalla.

So I have this...um friend. Yeah - a friend. He has recently started to experience male lactation. What can you tell me - I mean, him... about this issue.

Clearly, you have been ensorcelled.

This happens often in my line of work. Raid the wrong village, sleep with someone's betrothed and some grief-stricken king/princess/prince/washer woman inevitably brings in a witch to curse your person. My ensorcellment later required my having something called a "Q-Tip" run up my shaft but I digress...

Simply ask yourself who would do such a thing to you, set your mind on their demise, slay those who would impede your quest and have the magician remove the curse set upon you.

Let me know how it all works out.

"Whore moans" let a man know that he is doing it right. It is the other.

...and thus ends another edition of "All-Out Living with The Viking Commando!!!"

I laughed so hard to your response I needed a new shirt.

Thank you for your words of wisdom

Thanks Mr. Commando, that was just the advice I was looking for!

Barry would say "Hi" but he hasn't started learning sign language yet.

And I could have sworn it was ensorcerated, but I'll defer to your superior judgment and education.

Seldom have I laughed so hard at the post of another!