What is it with these people?

It's always about them.

White guys who keep those below, below the glass ceiling.

You know who I'm talking about.

Those two Atlantean kings who hate on men with big penises and doctorates and sh*t.

As much as I hate Aquaman, Namor, The Sub-Mariner just might be worse.

Always getting between Reed Richards and his baby's mama.

I don't think he particularly likes Blacks either. 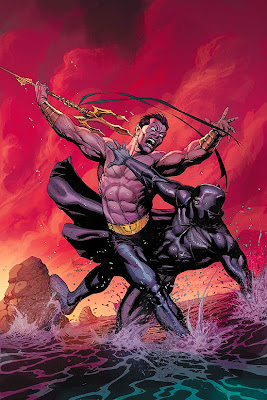 Here he is commiting a hate crime.
4. NAMOR

Comments:
Namor maybe number 4 on the douchebags list but he'll always be number one in the hearts of arrogant white monarchical bastards everywhere.

And how exactly does he fly with those teeny ankle wings?

Yeah, Namor's entire schtick is being a douchebag. The guy went after Hitler, and ever since his return from homelessness has just been less than 1 step away from a supervillian

"Death shall come for you on tiny, tiny, ankle wings Black Manta!"

"A baby needs his daddy"

You, sir, are the height of toomuchery.

Is Namor a jerk? Well...of course he is. That's his "thing" after all. And Civil War era Reed is actually much MORE of a douchebag than Namor.

However, pre-Civil War Reed was ok.